Album Review: Ghosts Of People We Should Have Been – Cathodes

Posted on March 14, 2013 by tenaciouslistening 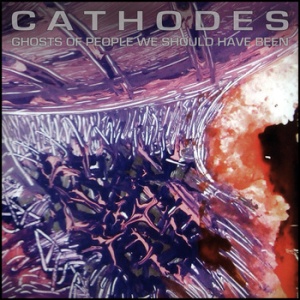 Title: Ghosts Of People We Should Have Been

Band introduction: An eclectic, experimental instrumental band whose chief concerns are shredding eardrums and melting faces, Cathodes was formed in 2011 by former members of Redditch’s Keiko, Cheltenham’s Nurse and Derby’s YouNoGoDie. Rather than rehearse in service stations between these locations they decided to set up shop in Birmingham, where they set themselves to honing a set of tunes that fused post-rock, mathcore, alternative and grunge into a dark, heady brew that led one seasoned observer to note, “You’re like the evil version of The Shadows, you are.” – Taken from the band’s Facebook page

1st Listen: The first time I listened to this was through my phone speakers whilst in the shower. So probably not the best way to appreciate the production, but damn did it sound good. Even worse was the fact that the bass player from my band had asked me to listen to it in relation the way it was produced so that we could learn from it with our latest recording. So, naked and wet, I pressed play and lathered up…

It sounds great. The production is a very clean studio production that suits this math\post-rock\metal style down to the ground. Four tracks later I am blown away. The last two tracks are the highlights, but I think that may be down to remembering that I have heard them live; so I already have them in my head.

I’m looking forward to listening to this again through something better than a phone speaker.

2nd Listen: “The Orphanage Meets the Avalanche” starts of the EP with brooding guitar parts and pounding drums that build up to math rock, palm muted riffs. It is full of tension and barely lets up for the entire 4 minutes and 25 seconds. It leaves me a little out of breath.

“Bergerac” is quirky, but not in a cheesy sort of way. Then that tension makes its appearance again. Cathodes seem to have the gift of making you wait for something to happen. When that something happens it is not what you expected, but it works perfectly. A solid understanding of dynamics really drives these tracks along. Based on my previous listen however, I think this is probably the weakest track on the album. The, almost, 7 minute track loses some momentum towards the end and I wish they had reined it in by a couple of minutes.

“C.B.T.” kicks off with some reversed guitar and then a riff straight out of You Slut!’s back catalogue. Not accusing of ripping them off, I can just see a head nod to their style. The track builds and builds. Tension, tension, tension, and then things calm down, the reverse guitar that comes back in is brilliantly placed and that tension builds again. Another exhausting track!

The final track’s “I Am The Big I Am” starts with a monstrous riff; the highlight of the whole EP. The whole track sort of plays around this idea and moves to and from the riff in various progressions. There is slightly less of that (here is that word again) tension that has held the track together and I think the EP could have finished on a bigger “high”, but nonetheless this is a very impressive debut from the Birmingham based band.

3rd Listen: I get strange body “tremors” while I listen to this EP. That’s a sign that either it’s damn good, or I indulged too much in my youth; probably both. I can see myself listening to this for some time. I cannot get over how well these guys build up that uncertain feeling you get when the tension builds in a song. You just want it to resolve and make everything right again, but Cathodes string you along throughout the tracks until you can hardly cope anymore. That is a good thing, by the way! I hope anyone who listens gets that feeling. If you don’t you are missing out; seriously.

Conclusion: An impressive debut from a band I cannot wait to hear more from. The EP is not perfect, but it is pretty damn close. Did I mention how tense it makes me…?

This entry was posted in Album Review and tagged Instrumental, post-rock, rock. Bookmark the permalink.

2 Responses to Album Review: Ghosts Of People We Should Have Been – Cathodes